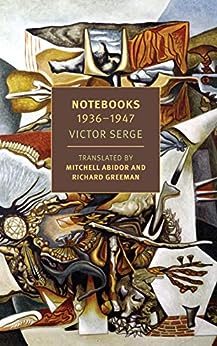 Available for the first time, Victor Serge's intimate account of the last decade of his life gives a vivid look into the Franco-Russian revolutionary's life, from his liberation from Stalin's Russia to his "Mexico Years," when he wrote his greatest works.

In 1936, Victor Serge—poet, novelist, and revolutionary—left the Soviet Union for Paris, the rare opponent of Stalin to escape the Terror. In 1940, after the Nazis marched into Paris, Serge fled France for Mexico, where he would spend the rest of his life. His years in Mexico were marked by isolation, poverty, peril, and grief; his Notebooks, however, brim with resilience, curiosity, outrage, a passionate love of life, and superb writing. Serge paints haunting portraits of Osip Mandelstam, Stefan Zweig, and “the Old Man” Trotsky; argues with André Breton; and, awaiting his wife’s delayed arrival from Europe, writes her passionate love letters. He describes the sweep of the Mexican landscape, visits an erupting volcano, and immerses himself in the country’s history and culture. He looks back on his life and the fate of the Revolution. He broods on the course of the war and the world to come after. In the darkest of circumstances, he responds imaginatively, thinks critically, feels deeply, and finds reason to hope.

Serge’s Notebooks were discovered in 2010 and appear here for the first time in their entirety in English. They are a a message in a bottle from one of the great spirits, and great writers, of our shipwrecked time. Price: (as of – Details) A new generation of Pokemon is coming to the Nintendo …