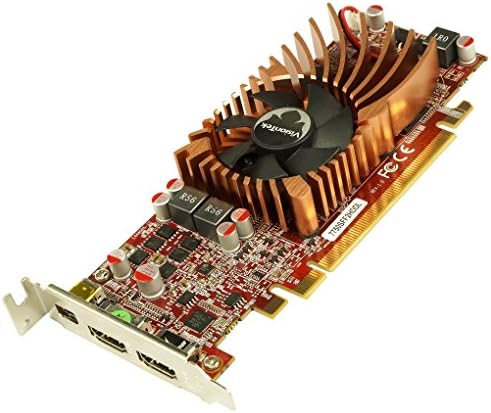 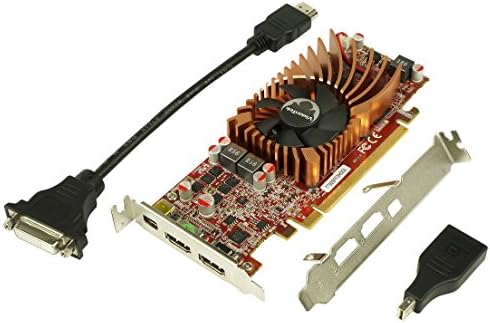 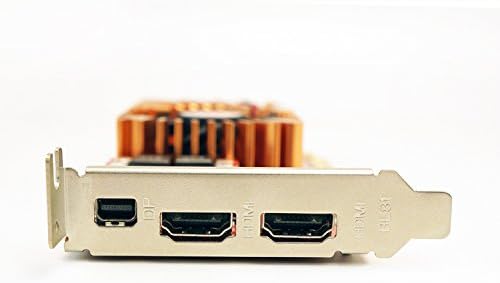 Only a company with over two decades of cutting edge development in graphics cards can design a card that fits into any desktop PC, output 4K UHD to three displays in independent, clone, or extended mode via a single PC, and output three independent surround sound audio channels. Introducing the VisionTek 7750 3M 4K UHD Three Monitor card for retail, hospitality, commercial, healthcare settings and more.

Versatile: Whether you want to power a store display, a multi-monitor display wall in a public venue, or feed five individual displays in separate rooms from a single PC.
Three Simultaneous 4K Ultra HD Outputs: Experience what you’ve been missing even at 1080P! With simultaneous support lower resolutions can now be shown in full pixels per inch of screen definition.
No Additional Power Supply Needed: Thanks to an energy efficient design, the 7750 requires only 70 watts of power so it can be run off the system power bus.
Three Independent Surround Sound Audio Channels: By incorporating Discrete Digital Multi-Point Audio technology into its chipset, the 7750 3M is able to deliver HD 7.1 surround sound independently to three displays via the three interfaces on the card.
Form Factor: Plug-in Card

Price: (as of – Details) Product Description Long Working Time Can last up to 72 …