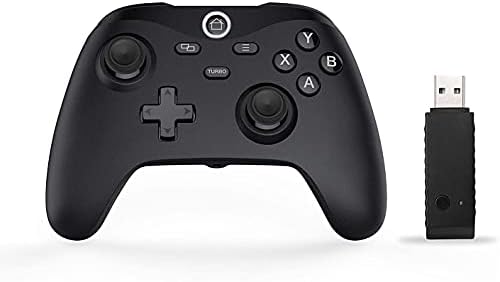 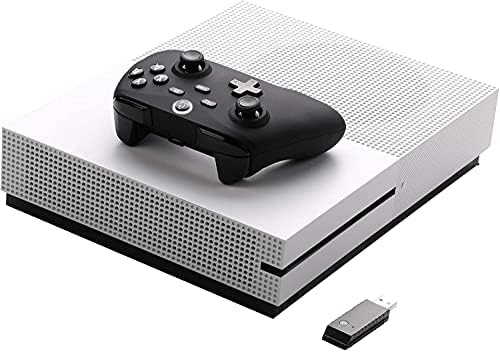 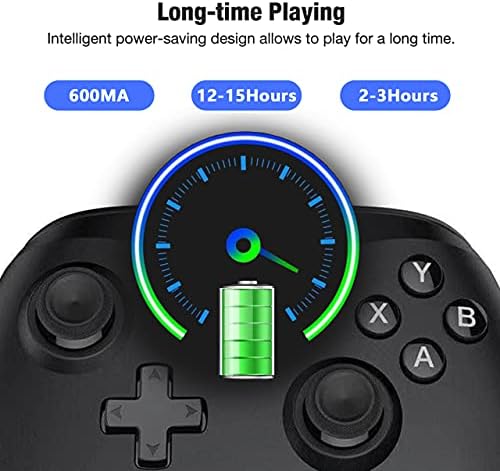 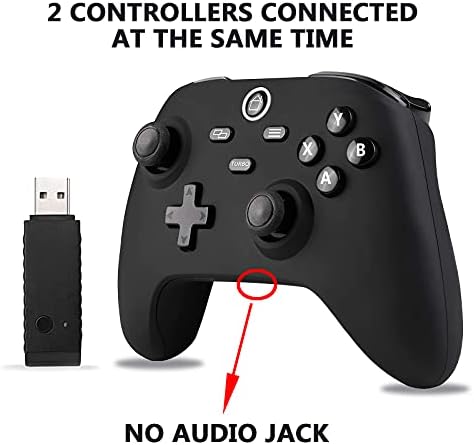 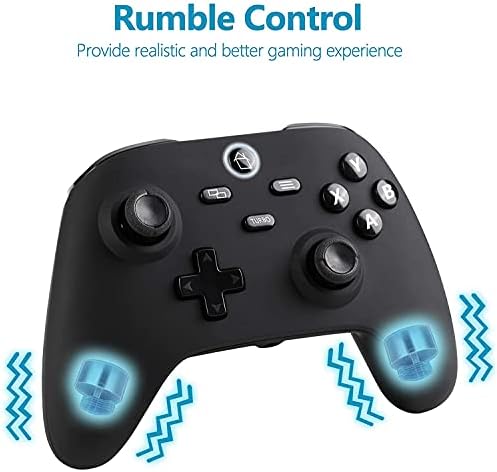 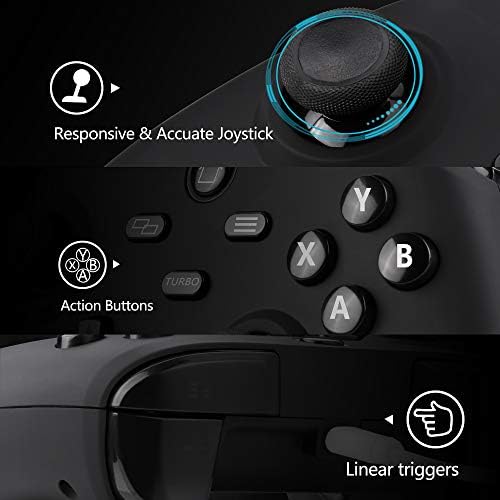 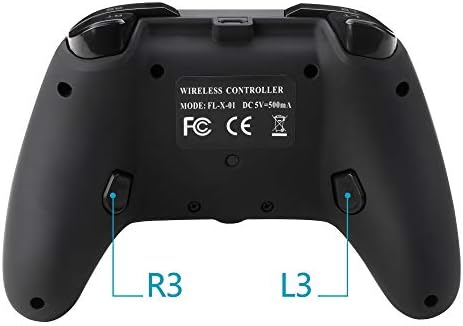 Experience the brand new design of the Xbox Wireless Controller. For competitive game lovers and play like a winner with this high performance Xbox one wireless controller.

b). with PC Plug the receiver to your pc and when the light of the controller and receiver keep lighting, the connection is successful.

Reset: When there is an abnormality with controller such as disordered buttons, crashes, failure to connect normally, try to restart the controller. Reset method: press the reset button to reset.

The newly upgraded trigger buttons bring you a more precise and accurate operating experience. Every detail in the game has done to the extreme, from racing to shooting games, helping you dominate everything.

The design of the controller fits your hands much better and the charcoal black surface brings a stronger sense of luxury to the controlle. And with high-performance battery and fast charge,this controller can do a 12 hours’ work with 2-3 hous charging.

with the agile turbo function, no need to press the buttons for many times and still could win the game easily. What’s more, with buttons on the back of the controller, you can perform more operations in the game with convenient.

With 32ft wireless range, this controller is compatible with xbox one, xbox one S, xbox one X and PC. Enjoy the newly streamlined Xbox one controller. Experience the freedom to play your games wherever you want.

Xbox one, Xbox one S, Xbox one X and PC and Xbox One consoles

Buttons on the back

🔥Brand New Third-party🔥 The newly designed high-performance Xbox one wireless controller in 2021 has undergone a new upgrade from the appearance of the product to the actual user experience, bringing you a stronger and more realistic gaming experience. This Xbox One controller can compatible with Xbox one series and pc.
🔥More Accurate Experience🔥 The built-in dual motor and 256-level precision 3D joystick bring you the most realistic gaming experience. Sensitive joystick and button give you high accurate operation. This XBOX ONE controller can be applied to the control of various kinds of games such as racing, fighting, balls games and competition.
🔥First Ever Turbo Button🔥 As a Xbox one game controller, the turbo function was added to the controller surface buttons for the first time. And with the agile turbo function, no need to press the buttons for many times and still could win the game easily. Enabling you to experience the immersive feeling during the game.
🔥New Surface Details🔥 The surface of the controller is frosted overall, which makes the appearance look more high-end. What’s more the overall frosted surface provides you with a more smooth feeling, and has a significant improvement in slip resistance. It won’t affect your precise continued use after prolonged use of your palms sweating. Tips, we still recommend that you have a rest after continuous games, which is good for your health.
🔥Long-distance Wireless🔥 The brand new 2.4GHZ wireless connection function provide you more than 30ft wireless range, to help you please cable. Controller comes with USB receiver. This wireless controller can be used on Xbox one host and is compatible with PC (D-INPUT), PC360 (X-INPUT) games (PC can only be used under Win10 system). d) More accurate operation thanks to sensitive joystick and enhanced arrow keys.