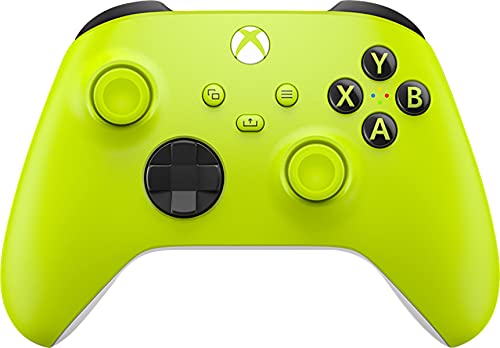 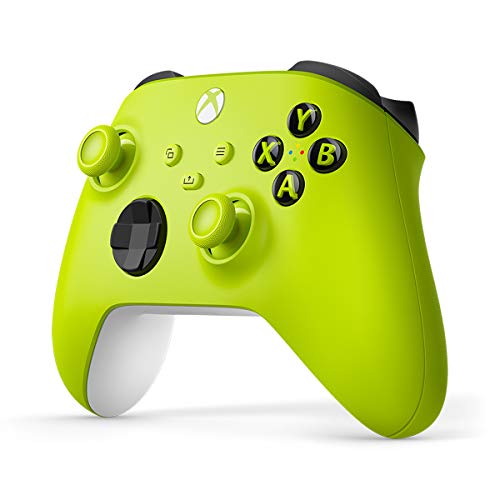 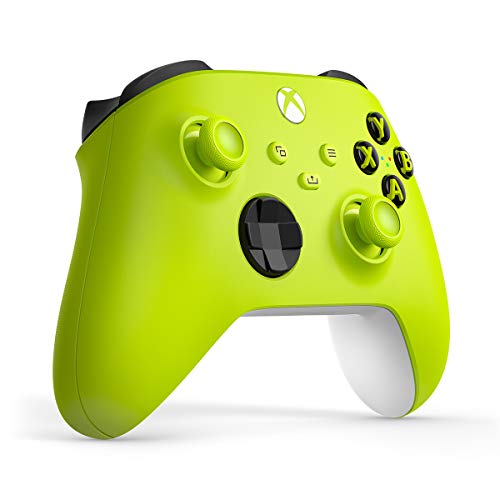 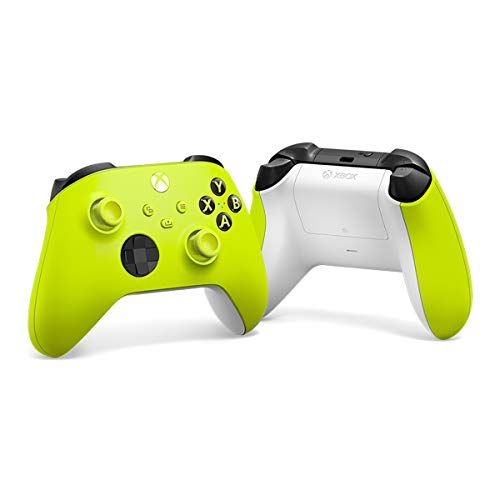 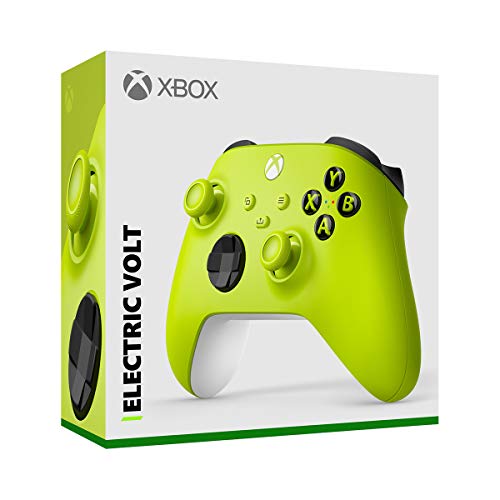 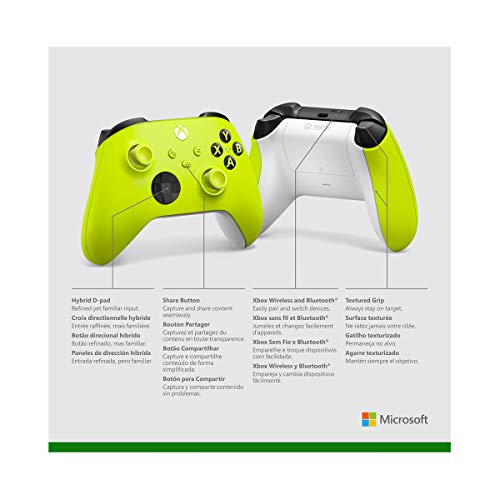 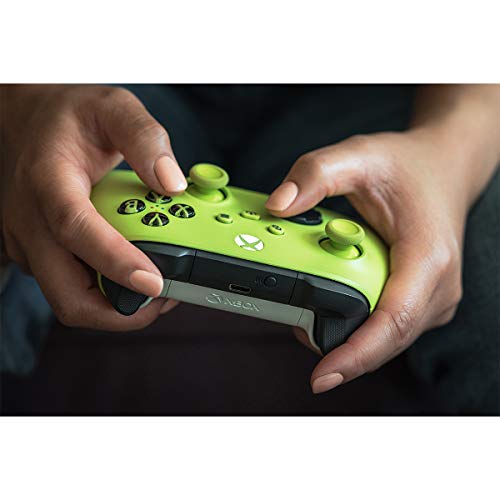 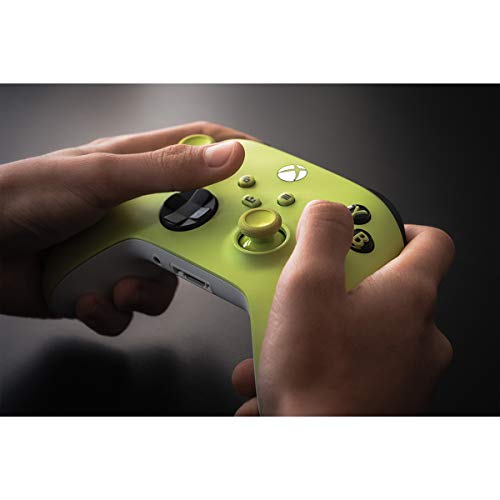 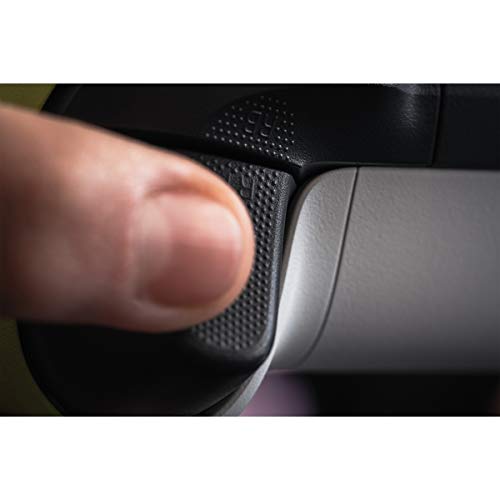 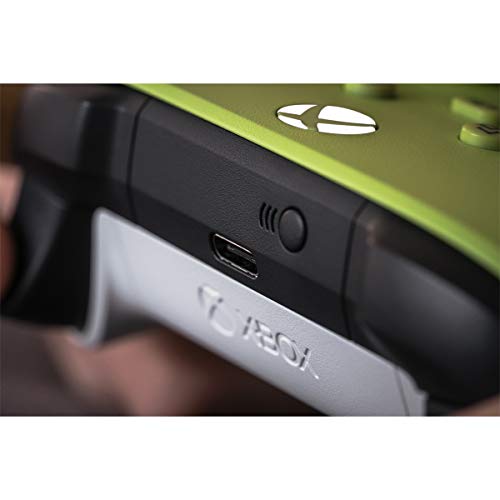 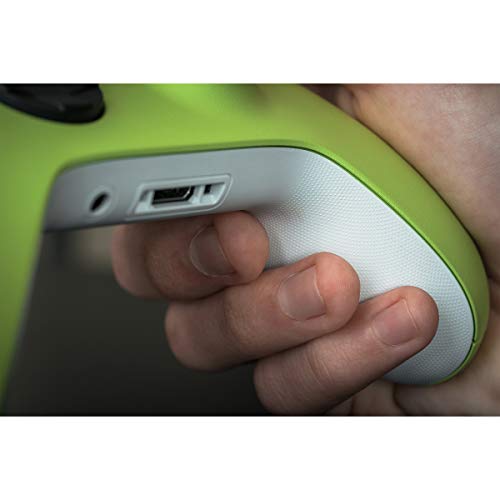 Experience the modernized design of the Xbox Wireless Controller in Electric Volt, featuring sculpted surfaces and refined geometry for enhanced comfort during gameplay with battery usage up to 40 hours. Stay on target with a hybrid D-pad and textured grip on the triggers, bumpers, and back-case. Seamlessly capture and share content such as screenshots, recordings, and more with the dedicated Share button. Connect using the USB-C port for direct plug and play to console and PC. Support for AA batteries is included on the rear. Plug in any compatible headset with the 3.5mm audio jack. Use the Xbox Accessories app to remap buttons and create custom controller profiles for your favorite games. Quickly pair with, play on, and switch between devices including Xbox Series X|S, Xbox One, Windows 10 PCs, and Android. iOS support coming in the future.* *Important information: Compatible with select devices and operating system versions; learn more at xbox.com/controller-compatibility. Battery life varies significantly with headsets, additional accessories, usage, and other factors. Testing conducted by Microsoft using standard AA batteries in preproduction units. Button mapping available via Xbox Accessories app for Xbox Series X|S, Xbox One, and Windows 10; app for Windows 10 requires compatible USB-C cable (sold separately). Windows 10: Requires Bluetooth, compatible USB-C® cable, or Xbox Wireless adapter. Each sold separately. Android: Select devices and operating system versions. Some functionality not supported on Android or via Bluetooth®. iOS support coming in the future. Additional platforms supported. Learn more: xbox.com/controller-compatibility. Use with controller compatible games. You must accept the Warranty & Agreement at xbox.com/warranty and Software License Agreement at xbox.com/slt.

Stay on target with the hybrid D-pad, textured grip on the triggers, bumpers, and back-case. Plug in any compatible headset with the 3.5mm audio headset jack.
Connect using the USB-C port for direct plug and play to console or PC. Support for AA batteries is included on the rear.
Seamlessly capture and share content with the dedicated Share button.
Make the controller your own by customizing button mapping with the Xbox Accessories app.*
Includes Xbox Wireless and Bluetooth technology for wireless gaming on supported consoles, Windows 10 PCs, Android phones, and tablets.* iOS support coming in the future. Price: (as of – Details) Welcome to a new era of dance with Just Dance® …